GIULIANO MAZZUOLI PRESENTS A PURE BREED: A WRISTWATCH MADE OF CEMENT

Home/Luxusartikel/GIULIANO MAZZUOLI PRESENTS A PURE BREED: A WRISTWATCH MADE OF CEMENT
Previous Next

GIULIANO MAZZUOLI PRESENTS A PURE BREED: A WRISTWATCH MADE OF CEMENT

Many call him architect, and he responds “I do not have a degree, and please do not put a title in front of my name.” This is Giuliano Mazzuoli who for seventy years has lived in the hills around Florence. Those who know what he does and his story will be anxious to know what is cooking in the pot this time. Those who don’t know him will want to know better what is inside the “pots” that came before. He says that he discovered design when he was older and he says that there is nothing really left to design these days and that design is actually a reproduction of something that nature already made. You can’t look for it. It “drapes” itself with simplicity and if you know how to recognize it, it will find you.

He designed his “Moka” pen during an English lesson. The success of this writing object stimulated him to design a watch, but he wasn’t able to since he risked doing that which he didn’t want to do, and that was copy. Here therefore abandoned the idea.

This situation ignited the mechanism that brought him to the world of watchmaking. Subsequently, he was stimulated by memories of the past around the world of engines and automobile racing and he designed “Contagiri,” inspired by the instrument that counts the revolutions of the engine. To remain in the world of sports cars he designed “Trasmissione Meccanica,” and this time that which transmits energy from the motor to the wheels of the car was reproduced in the case and the dial of the watch.

Giuliano loves “living” his city and his city gave him an incredible “renaissance energy” when he made his next watch. Yes! With Michelangelo’s marble and with great craftsmanship he coated a case with the DNA of Manometro proposing a line that could only be called “Carrara.”

Today there is something new, but it’s not a new watch. The design of the “carrure” and the dial are the same as the one that is made of marble. The objective was not just to search for another material for the case but to find materials that together with its color would give distinctive and attractive chromatic effects that up until now were never seen in a watch case.
Giuliano, still smiling, says, “It was a stroke of luck! The creativity with which I humbly try to maintain a good rapport with was right in my house. Maintenance was being done in my garden and I stopped to watch the workers who were preparing some cement. I thought of that mixture to build a new case and the subsequent phase was to maintain the gray/green color that attracted me so much but that normally is lost when the material dries and matures. A careful polishing and finishing process gave the surface an incredible and pleasant touch.” Mazzuoli affirms “I am very happy with the result, and even this watch is a pure breed.” He says “the final result excites me more than the original idea.” This is how Mazzuoli concludes his brief comment on his latest watch, “Cemento.”

About the Author: wordpressadmin 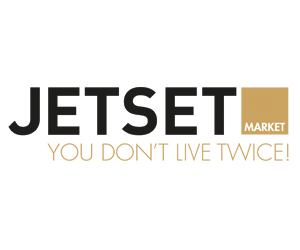